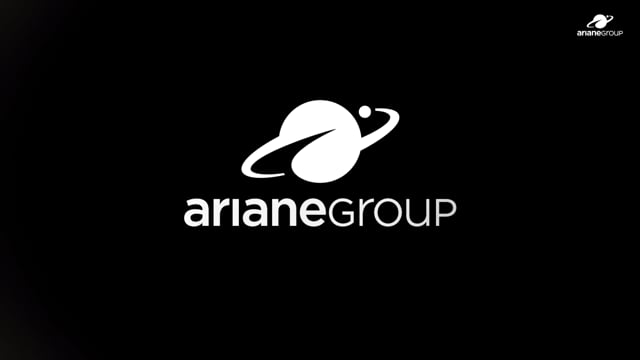 ArianeGroup reveals Susie (Smart Upper Stage for Innovative Exploration) for the first time at this year’s International Astronautical Congress (IAC) held in Paris. Susie is an entirely reusable rocket stage project which replaces the launcher fairing, is capable of going into space and carrying out many different types of missions there – whether automated or crewed – and coming back to land on Earth.

Susie will be able to fly both on Ariane 64 and on a launcher of the following generation, paving the way for fully reusable launchers of the future.

Susie is a flexible, modular, safe and reliable vehicle that will be used to perform essential missions in space – the need for which will increase in the future – whether as an automated freighter and payload transporter, or carrying a crew of up to five astronauts. Susie will be entirely reusable and will come back to Earth for a soft touchdown, after a high-precision atmospheric re-entry, offering the greatest possible end-to-end safety for the flight personnel in a crewed mission.

“With ESA and the European Commission calling for renewed European ambition for space exploration and crewed flight, and launching initiatives in this area, ArianeGroup proposes Susie. Susie is the result of several years of work by our design teams and provides a particularly ingenious solution for future in-space servicing needs and for automated or crewed flight, the demand for which will only grow in the future. This is a project built on all the existing know-how at ArianeGroup and within European industry. It is consistent with ongoing or future technological developments in the field of space transport and reuse,” says Morena Bernardini, Head of Strategy and Innovation at ArianeGroup. “It is our industrial duty to contribute to this ambition and offer European decision-makers smart and ambitious technological solutions capable of contributing to independent access to space, and also to open the door to European space exploration and address commercial and institutional needs for services in space over the coming decades.”

Susie is extremely flexible and is designed to be able to conduct numerous types of missions in space. Its large-volume internal bay (40 m3) will make it highly adaptable for cargo or payload transport and for crewed flight. Missions made possible by Susie include towing, inspecting and upgrading satellites and other payloads, and supplying fuel, food, and equipment to space stations. It will also be able to carry out crew changeovers and facilitate human in-orbit activities.

Further down the line, it will enable the in-orbit construction of large infrastructures, such as manufacturing plants which require microgravity conditions, and transport goods. It will also help reduce orbital debris and assist with removing or deorbiting end-of-life satellites. Susie could bring payloads of more than seven tons back to Earth. It will contribute to achieving the operational and commercial efficiency needed to develop activities in space.

Susie is a fully integrated concept, in order to maximize reuse potential, and therefore bring down operating costs. In particular, it comprises all mission functions, such as equipment for on-orbit support equipment and for landing or for crew safety. The mission abort safety system covers the entire mission, from lift-off to landing, guaranteeing maximum safety for the crew.

Susie is also designed from the outset to be adaptable and respond to future needs or perform new missions. For exploration purposes, Susie will thus be able to carry out long-distance missions, notably to lunar orbit, thanks to its ability to receive a space transfer module, providing propulsion and the energy and air supply needed by the crew.

The Susie concept has been designed with a view to be adaptable to different types of future launchers coming into existence over the long term.

Initially it will be launched by Ariane 6, with no modifications needed for the automated freighter version: for crewed flight, a few adaptations to launcher and ground segment will be made. Ariane 6 compatibility was defined in terms of Susie’s geometry (length 12 meters and width 5 meters to fit the diameter of the launcher) and its mass (25 tons, corresponding to Ariane 64’s low Earth orbit (LEO) performance)..

With no major subsequent modification, Susie could then be used on a future generation of European reusable heavy-lift launchers. Susie is in fact a component of the launcher family project being proposed by ArianeGroup and its partners to the European Space Agency (ESA), for its NESTS (New European Space Transportation Solutions) initiative. This family of reusable, modular launchers is built around common technological building blocks, such as the Prometheus engine, or those developed under the Themis program. It comprises a mini-launcher, a medium launcher and a heavy-lift launcher, each being a bigger-scale version of the previous one. A “super-heavy” version could be made up of the heavy-lift launcher plus two reusable liquid propulsion boosters which are used for the first stage of the mini-launcher. These heavy-lift launchers will be able to carry Susie, thus paving the way for future entirely reusable European launchers.

This vision of the future for Europe’s launchers is based on an in-depth study of possible future scenarios and the corresponding space missions. Space transport from Earth to space is today based on a direct “point-to-point” approach, which involves waste and launchers which differ widely from one another according to the masses to be carried and the destinations to be reached. In the near future, in order to optimize development and operating costs and to be able to carry out the wide variety of future missions, it will be necessary to adopt a “networked” approach, similar to the current air transport “hubs”. With this new approach, launchers will serve LEO and a new orbit beyond the Van Allen Belts called a “parking orbit”. From these orbits, other spacecraft would take over and head for the final destinations. Susie aims to be a stakeholder in this future, resilient and scalable space transport system, performing missions in space and bringing goods and humans back to Earth. 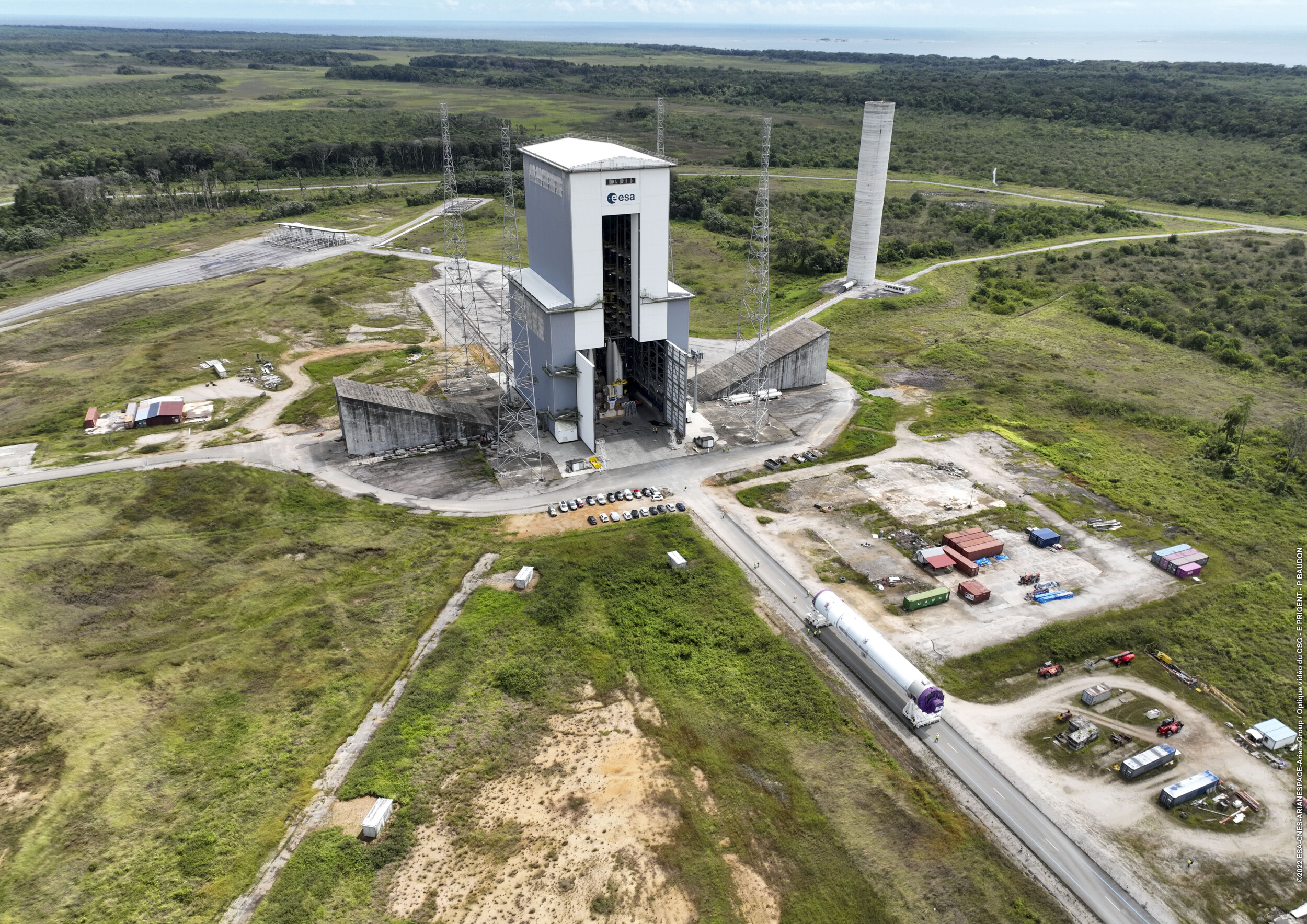 VIDEO AND THE NEW PICTURES OF ARIANE 6 IN KOUROU, FRENCH GUIANA 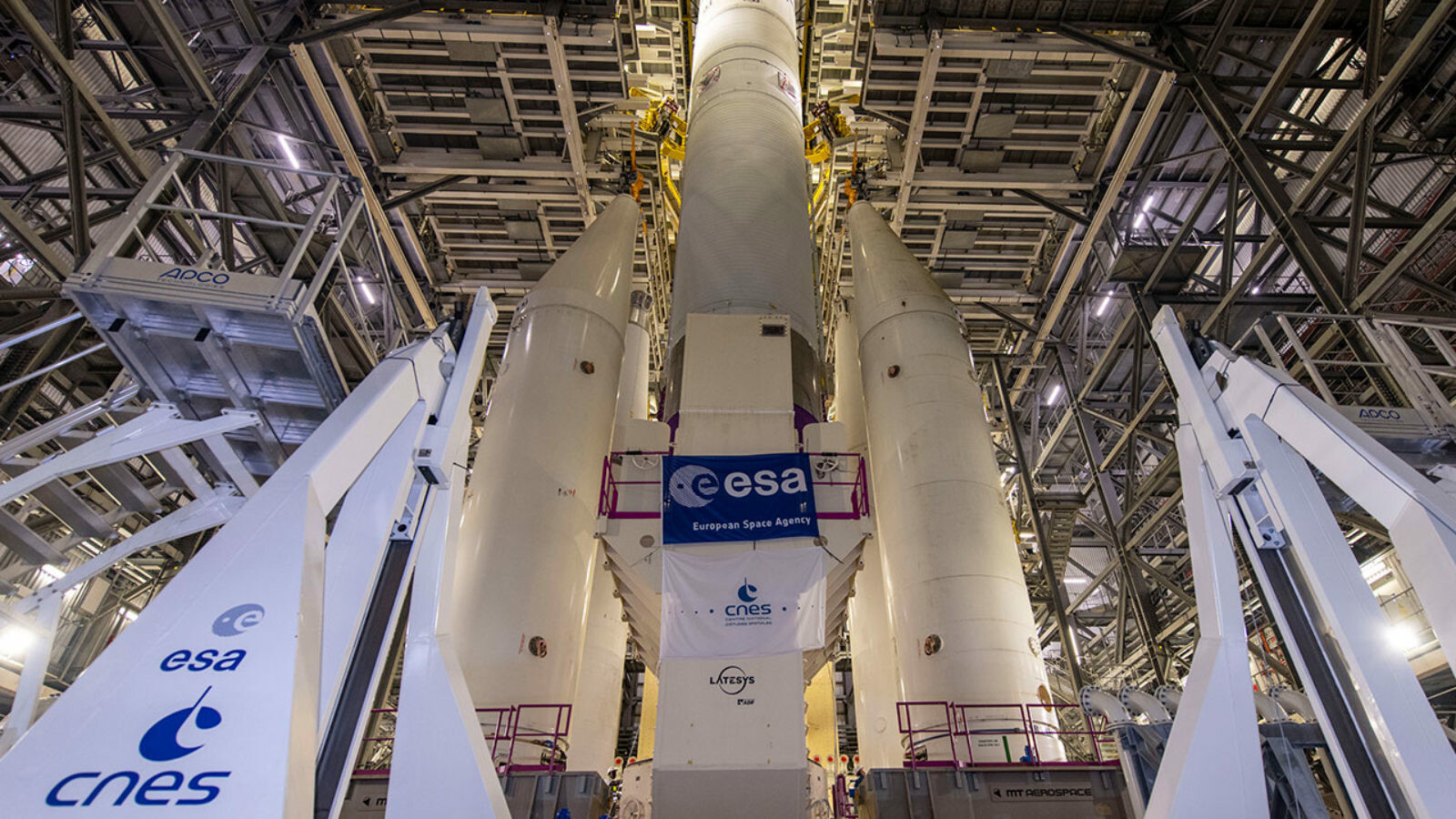